There is one absolute certainty when it comes to your softball journey:  It will be affected by bad weather.  It will result in countless delays, reduced game time limits and cancellations.  You'll not only see game cancellations, but entire tournaments.  For the larger tourneys where teams have the opportunity to fight through the loser's bracket to play the winner of the winner's bracket for the tournament championship, this can especially be frustrating.  Bad weather often forces tournament directors to cancel all remaining games in the loser's bracket.

It was an amazing, yet terrifying thing to witness as we could actually see the flames.

Bad weather causes nightmares for tourney directors.  They have a lot to consider when making decisions such as field conditions, umpire availability and the future weather forecast.  It only takes poor field conditions on one field to screw the whole tournament schedule up.  They are forced to rely on the weather forecast, which may be wrong to determine whether to cancel games or brackets.  And in many cases the park may have Sunday adult softball leagues coming into play in the early afternoon or evening.  The bigger the tourney, the bigger the challenge.

Some of my Experiences

A tourney in Chicago with thunderstorms in the forecast resulted in an entire Friday being cancelled without a drop of rain.  There was thunder all around us and occasional glimpses of lightning, which although was far away, it was constant and we were not allowed to play. We stayed the night in our hotel only to wake to pouring rain and a group text message informing us the tournament would be cancelled.  We cancelled our room for Saturday night and went home.  Two nights in a hotel and a six hour drive all for one game on Thursday night.  Nobody went home happy.

A tourney in Northern Michigan had us playing our first game at 6pm on Thursday.  There was light rain off and on all day.  The games before ours were delayed.  We arrived at the field to warm up at 5pm.  Our game did not begin until around 8:20pm.  We attempted to reschedule the game for Friday, since the park did not have lights and we knew we couldn't possibly get the game in before it got too dark to play.  Our request was denied.  We were winning the game by 6-0 in the 3rd inning with runners on base and no outs when it was called due to darkness.  We were told we would finish the game at the main park at 8am the next morning.  The next morning we woke to heavy rains.

The "weather hotline" had a message that all games at the main park would be delayed by 2 hours.  We showed up at 9am for warmups only to find the other team leaving telling us that we forfeited the game.  The other team did not call the weather hotline and was ready to play at 8am.  We were never contacted asking us where we were.  After angrily arguing with the tourney director about the message on the weather hotline, we went back to the hotel losers of a game that we should have won by mercy.

If you're on the softball journey long enough you'll see it all.

A tourney in Toledo was cancelled due to flooded fields on Friday.  Despite the weather being sunny and beautiful the rest of the weekend, the director cancelled the entire tourney.  They told us they couldn't get the fields playable soon enough on Saturday to attempt playing even a reduced number of games during the weekend.  Again, nobody went home happy. 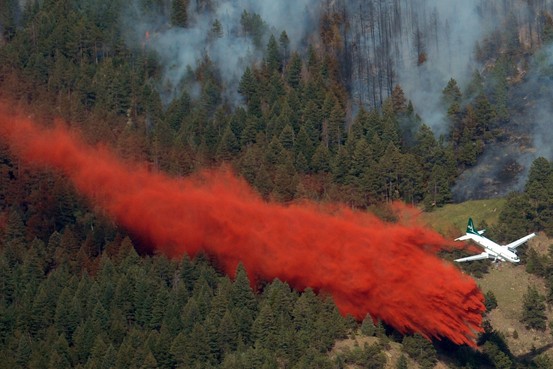 A tourney in Boulder Colorado that resulted in no weather delays or cancellations also makes for an interesting story.  It was a year when there were many horrific wildfires in the area.  We arrived at the fields  with the Rocky Mountains in the background.  We could see smoke far away from some of the fires, which we were told were not threatening Boulder.  As we were warming up for a game there was a bright bolt of lightning that struck the top of one of the nearby mountain resulting in a new wildfire.  It was an amazing, yet terrifying thing to witness as we could actually see the flames.  During our game there were constant sounds of thunder and lightning bolts in the distance.  We were told it was so far away that it would not affect us.  We watching numerous airplanes dropping that red fire retardant on the newest fire.  That evening the TV news reported the fire had been contained.

At the NSA State Tournament one year we fought through the loser's bracket making it to the semi-finals.  We began the game and were losing 3-0 in the 2nd inning.  The rains came and would not stop.  2 hours later we declared runners up, presented our plaques and the winnners of the winner's bracket the state champions.  It was really frustrating for us all knowing we were so close, but would be denied the opportunity to be state champions.  It kept raining all the way home.

A Saturday round robin high school tourney was cancelled due to field conditions.  We received a couple inches of rain in about an hour on Friday afternoon.  The weather cleared up and was sunny and warm from Friday night through the weekend. The fields however had water in the outfields that wasn't draining.  Playing on them would have damaged them badly.  The tourney was cancelled to the bewilderment of many except those of us at the fields.

These are just a few of my experiences where bad weather wreaked havoc on softball tourneys.  The bottom line is that most tournament directors do the best they can considering bad weather situations.  There are some who just seem bothered by the extra effort required to keep the show on the road.  If you're on the softball journey long enough you'll see it all.

We have 107 guests and no members online